One year after the launch of the PLASTEAM project, this was the first time that partners met in person, due to the restrictions posed by the pandemic.

This was quite a condense and fruitful two-day long meeting, organised on 2-3 December by the Maltese Partner Eurodimensions.

All partners presented their organisations and exchanged views on the expected tasks in all three IOs. The focus was given on the APP development (IO1, lead by AGORA) that is about to be finalized. Moreover, the tasks and way forward for the other two IOs was explained by their leaders (IO2 by Effebi, and IO3 by MIO-ECSDE / MEdIES).

What is Upstream Innovation? 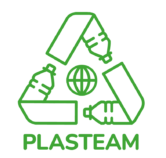